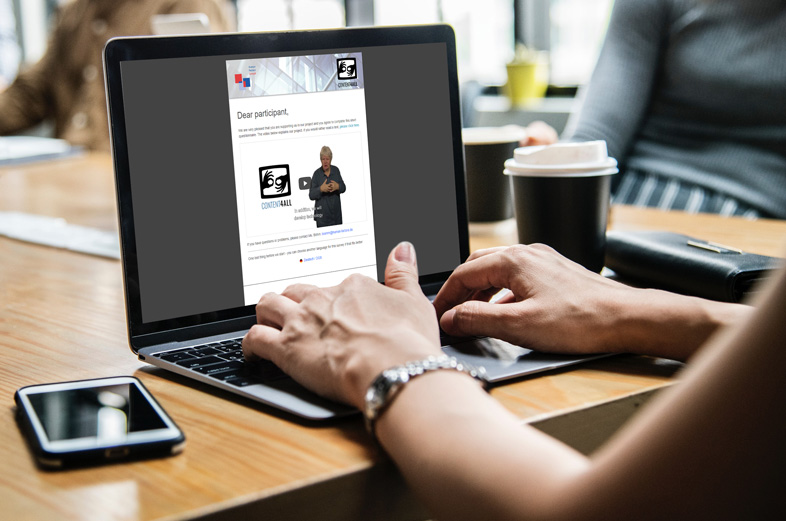 As part of CONTENT4ALL, we are currently running a survey for deaf and hearing signers. Therefore, we want to gather needs and wishes to a system that makes TV more accessible for the Deaf by providing a virtual signer.

We ask domain experts to support our project by participating in this short online survey (filling out takes only approximately 15 minutes). The only requisite is that you speak a sign language (no matter which one). The survey is available in two versions:

Please also draw the attention of your acquaintances to the survey. We are looking forward to your participation!

A project report of HFC has been published, which was prepared in the project Entwicklung der Fahr- und Verkehrskompetenz mit zunehmender Fahrerfahrung / Development of driving and traffic competence with increasing driving experience conducted for the German Federal Highway Research Institute BASt. 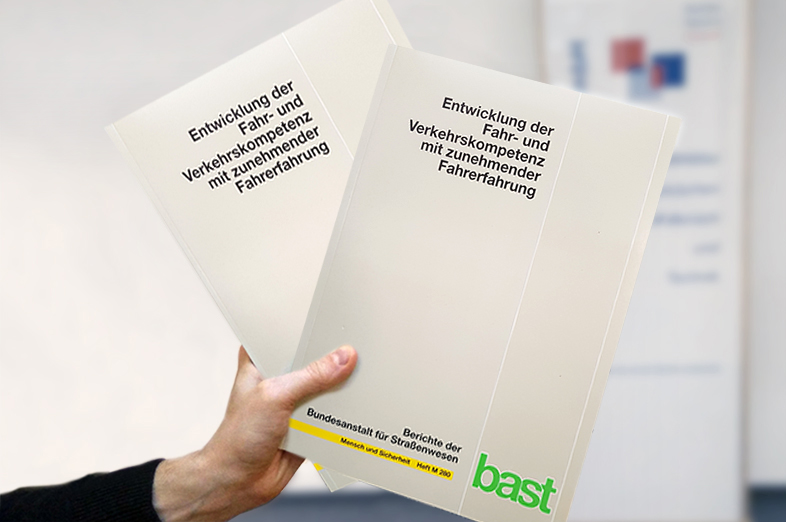 The aim of this research project was to develop an implementation concept for a longitudinal study for the recording of the development of the driving and traffic competence of novice drivers over time. The basis for this is a theoretical framework for driving skill, driving competence and their increase by practice and experience which we derived based on theoretical considerations and against the background of published findings regarding the traffic safety of young and novice drivers.

The report is available in German on the BASt website.

Last week, as part of the CONTENT4ALL project, we conducted an interactive workshop with students from the Ernst-Adolf-Eschke-School. The Eschke-Schule is a Berlin based school for the Deaf where all the 5 participating students of the 10th grade speak German Sign Language. The CONTENT4ALL-Project is an EU-funded project that develops technologies that will facilitate the production of accessible TV programs in the future.

With the help of flipcharts, we developed typical media and programs as well as their advantages and disadvantages that students use. Using sample videos, we discussed what aspects they may or may not like about current sign-language TV programs. At the end, the students let their creativity run wild: as heads of the “Media for All” department of a major German television station, the students developed and drew their ideas of how television in future should be. All results are directly connected to the project work and form the basis for further system development.

We not only enjoyed this workshop but also learned a lot. We heartily thank

We look forward to the workshop at the Wilhelm-von-Türck-School in Potsdam after the summer holidays.

We start to work on the project “Kamäleon” (constructive adaptive mobility by light vehicles without borders). The aim of the project is to further develop kickTrike©, an electric light vehicle by Constin GmbH.

This vehicle is specially designed for urban and intermodal transport. It can transport loads and can also be taken on public transport like a bicycle.

In the future, the kickTrike© will be able to adapt even better to mixed traffic and be ready to drive on the road as well as on footpaths and cycle paths. It automatically changes its visual appearance when it switches from one traffic area (e. g. road) to another (e. g. cycle path). User tests are used to evaluate the acceptance of such a vehicle for mixed traffic. One of the goals is to create a green alternative to cars.