The goal of the ACTION -TV project (http://www.action-tv.net) is to develop technologies, which allow the viewer an immersive interactive experience while watching, or interacting with a pre produced television program. The ACTION-TV use case scenario is familiar to television consumers but technology allows an additional 3D interaction with participants of a TV-show: Those viewers wishing to actively compete with in-studio guests or other viewers can prove themselves in two gaming rounds – a quiz and a dance performance. In doing so, they can be supported by their friends and thus experience the show within their social group: During their participation in the show, clique- and show-related chat and posting possibilities are made available. ACTION-TV is a STREP (Specific Targeted Research Project) funded by the European Commission within the 7th Framework Programme. The team consists of the University of Surrey, Disney Research Zurich, the Schweizer Radio und Fernsehen, the Fraunhofer Heinrich Hertz Institute and Turk Telekom Argela.

The role of HFC in the project is twofold: HFC develops and applies User Experience (UX) and Quality of Experience (QoE) methodology and scales for assessing the user interaction and 3D representation of users via avatars. Technology-related, HFC develops audio algorithms to enhance user immersion at home during the game show participation. 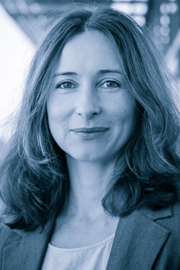