Research project on behalf of the Departments of Transportation of Baden-Württemberg and Thüringen.

Hardly any safety measure is discussed as emotionally as the proposal to make the use of cycle helmets compulsory. The fiercely discussed Pro’s and Con’s now and then fail to differentiate between scientifically validated results and claims that lack convincing empirical evidence. Studies vary in their reported safety effects and the feared decline of bicycle traffic, leading to ecological and health risks. Methodical limitations (which cannot always be prevented) make clear and explicit statements quite difficult.

The goal of the study is to examine the impact of cycle helmets to improve traffic safety, and to show ways to improve the use of cycle helmets. The federal states of Baden-Württemberg and Thüringen commissioned this project to provide answers to a number of related research questions which require further evaluation. Aside from the Pro’s and Con’s of an obligational helmet use, its acceptance among cyclists and its effects on cycling habits we examine ways to increase the voluntary use of helmets among cyclists, and prevalent arguments against helmet use. The project will be completed in December, 2015. 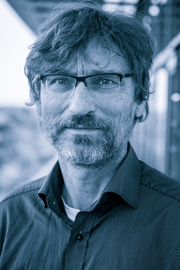