Turning Accidents are among the most common types of accidents with bicycles involved. Both cyclists and car drivers tend to show behavioural patterns that are potentially dangerous while approaching or turning into an intersection. The design and layout of intersections also has a considerable impact on accident probability and severity.

On behalf of the UDV (German Insurers Accident Research) and in cooperation with the department of Street Planning and Road Use of the University of Technology Berlin, HFC analysed effects of the implemented infrastructure at accident-prone intersections in four different German communities. The behaviour of both cyclists and turning drivers was assessed in observational studies. Interviews with cyclists and road users were conducted to assess behaviour-relevant attitudes.

The findings were integrated into an effect model to illustrate the complexity of effects and factors influencing the behavior in the conflict zone and eventually the risk of turning accidents. The project will result in recommendations for the design of infrastructure and guidance for cyclists. Educational measures as well as the possibility to develop advanced driver support systems to prevent turning accidents will be discussed. 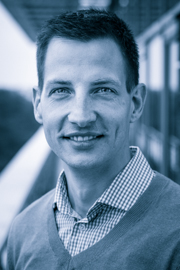