Blame the robot! Attribution of accountability in human-robot interaction

“Roboethics” is a well acknowledged new branch of applied ethics focussing on aspects of accountability in the realm of action theory and philosophy of technology. Of special interest is the attribution of intentional actions as well as ethical and moral values to robots in interaction with humans.

Since October 2016, HFC is addressing these aspects together with the Institute of Philosophy at the Technical University of Berlin for the German Federal Institute for Occupational Safety and Health (BAuA). The project aims at identifying consequences of humans perceiving robots as intentional creatures. With the recognition of intentional actions also other inartificial (humanlike) characteristics might be attributed to robots. These attitudes create a social component of the human-robot interaction with ethical norms and values.

An example for this is the attribution of accountability to robots. Autonomously acting robots can cause damage, however they are not responsible in the same sense natural or legal persons would be. Moreover, specific human-robot interactions or team constellations might cause diffusion of responsibility from the human side. This is especially true for autonomous and self-learning robots. For these systems, not only the design, construction, and programming determine action, but also the “individual” learning history and the course of interaction itself. 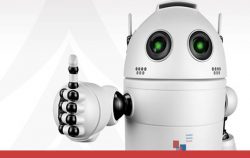 To structure challenges and possible approaches we will relate the identified issues to the taxonomy of human-robot interaction (HRI) from Onnasch and colleagues regarding two ethical aspects: 1. Problems of attribution of accountability in the HRI context; 2. Impact on society and environment raised by intention-related attitudes humans claim towards robots.

The project has a lead time of 9 months.