The cooperation and direct interaction of humans and robots as part of the same team is one of the most dynamic and attracting research topics of the last decade in the robotics domain. The latest research and technical developments in this field have changed the way robots are perceived as they are no more separated from the human co-worker but rather directly interact with the human in the work process. Within this new human-robot team concept, robots support in various tasks like the construction of objects (industrial robots), in rescue missions (search and rescue robots), or in the medical domain as transport robots or surgical robots in hospitals. The objective of this new approach is to create new synergies by combining the unique skills of humans and robots in one team. 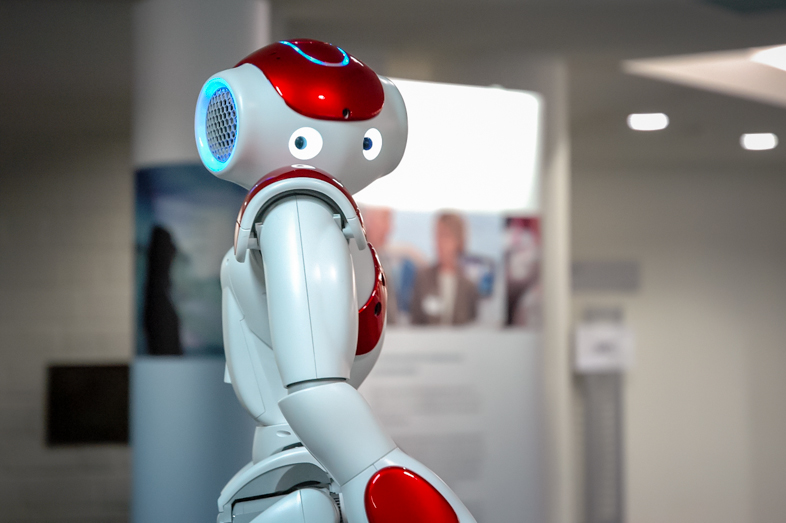 However, there are still several black spots which have to be addressed before the benefits of robot support become present in practice. In the first place, these are related with questions of technical feasibility. Secondly, the consequences for co-workers of the robot have to be taken into consideration, i.e. how does a robot teammate change the task of the human.

Since August 2015, HFC is addressing these questions together with the Fraunhofer IPK Institute for Production Systems and Design Technology for the Federal Institute for Occupational Safety and Health (BAuA). The project aims at identifying future trends of human-robot interaction (HRI) within the next 5 – 10 years as well as preconditions for their feasibility in technical terms. Moreover, HFC especially considers consequences for the human co-worker like risk, workload, trust, situation awareness, acceptance or the mental representation of this teamwork. These aspects are central in creating an optimal HRI.

The project is composed of two subsequent steps. In the first work package scenarios of the HRI are derived based on existing taxonomies and a thorough literature review. These scenarios are then basis for an analysis of the current state which comprises the analysis of safety, the users’ mental workload or the users’ acceptance of a robot as team partner.

In the second work package the technical requirements of HRI trends will be identified based on subject matter expert (SME) surveys and together with the IPK. The Delphi method is going to be applied as a structured multi-stage survey and interview technique. Experts are invited from the academic as well as from the applied domain.

The project has a lead time of 14 month.